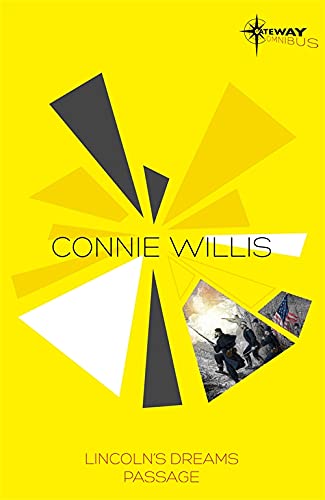 Connie Willis is one of science fiction's most decorated authors, with a staggering eleven HUGOs and seven NEBULA AWARDs to her name. She is best known for her sequence of time-travel stories including SF Masterworks DOOMSDAY BOOK and TO SAY NOTHING OF THE DOG and the HUGO AWARD-winning diptych BLACKOUT and ALL CLEAR. This omnibus collects her solo debut, LINCOLN'S DREAMS, which won the JOHN W. CAMPBELL MEMORIAL AWARD and PASSAGE, shortlisted for the HUGO, NEBULA JOHN W. CAMPBELL and ARTHUR C. CLARKE AWARDs.

Constance Elaine Trimmer Willis was born in Denver, Colorado, in 1945. Having earned a BA in English and elementary education from the University of North Colorado, she spent a brief stint in the late 1960s working as a teacher, until she left to raise her first child. During this period she began writing SF, with her first publication, THE SECRET OF SANTA TITICACA, appearing in WORLDS OF FANTASY in 1971. Willis is a highly decorated author and has won, among other accolades, eleven HUGO AWARDs and seven NEBULA AWARDs for work of all lengths: short stories, novellas, novelettes and novels alike. She was recently named an SFWA Grand Master. Willis currently lives in Greeley, Colorado with her family.