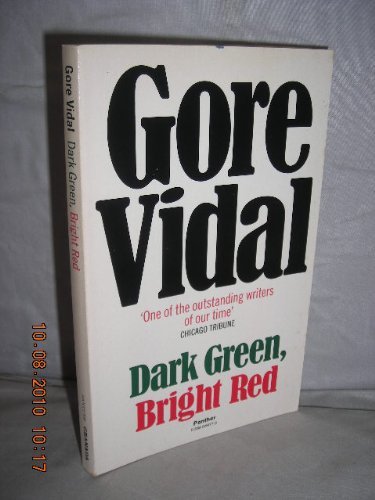 Rainy season is over, perfect for a revolution. For Peter it seems a game the General and his beautiful daughter are playing. But the blood spilled is real, as are the forces secretly lusting for power.

Gore Vidal was at the centre of literary and intellectual life for half a century and wrote 'The Narratives of a Golden Age' series as well as countless bestsellers. He died on 31st July 2012.

America's own Tiresias - a seer and a scourge as well as an entertainer of the highest order. * Jay McInerney * There is no-one quite like him, and if you don't know his work then you should. * Erica Wagner, The TIMES *

Book Description -. Paperback. Condition: Very Good. Dark Green, Bright Red This book is in very good condition and will be shipped within 24 hours of ordering. The cover may have some limited signs of wear but the pages are clean, intact and the spine remains undamaged. This book has clearly been well maintained and looked after thus far. Money back guarantee if you are not satisfied. See all our books here, order more than 1 book and get discounted shipping. Seller Inventory # 7719-9780586049778

Book Description HarperCollins Distribution Services 05/06/1980, 1980. Condition: Very Good. Shipped within 24 hours from our UK warehouse. Clean, undamaged book with no damage to pages and minimal wear to the cover. Spine still tight, in very good condition. Remember if you are not happy, you are covered by our 100% money back guarantee. Seller Inventory # 6545-9780586049778

Shipping: US$ 23.95
From United Kingdom to U.S.A.
Destination, rates & speeds