Items related to The Family Under the Bridge

Carlson, Natalie Savage The Family Under the Bridge

The Family Under the Bridge 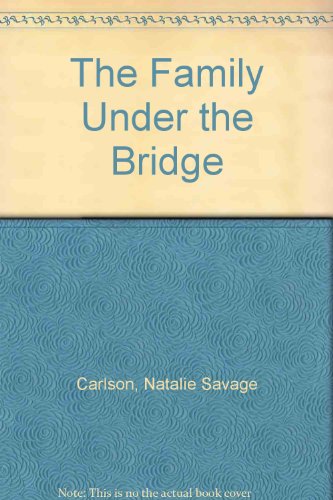 This is the delightfully warm and enjoyable story of an old Parisian named Armand, who relished his solitary life. Children, he said, were like starlings, and one was better off without them.
But the children who lived under the bridge recognized a true friend when they met one, even if the friend seemed a trifle unwilling at the start. And it did not take Armand very long to realize that he had gotten himself ready-made family; one that he loved with all his heart, and one for whom he would have to find a better home than the bridge.

Armand and the children's adventures around Paris -- complete with gypsies and a Santa Claus -- make a story which children will treasure.

Natalie Savage Carlson is fondly remembered as the author of the much-loved Orpheline series and Surprise in the Mountains. Born in Virginia, Ms. Carlson later lived in Oklahoma, Rhode Island, and the Pacific Northwest. She eventually settled in Florida prior to her death.

Garth Williams began his work on the pictures for the Little House books by meeting Laura Ingalls Wilder at her home in Missouri, and then he traveled to the sites of all the little houses. His charming art caused Laura to remark that she and her family "live again in these illustrations."