Items related to For Bill His Pinup Girl: The Shirley Booth & Bill... 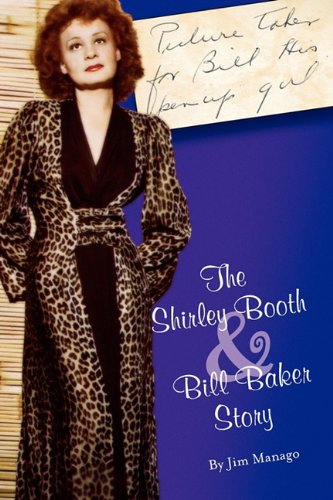 Actress Shirley Booth entertained audiences with her superb comedic and dramatic skills in stage, screen, radio and television productions. Shirley's loving marriage to Army Corporal Bill Baker Jr. during the height of World War II brought her an idyllic life on a working dairy farm in Bucks County, Pennsylvania in 1946. The couple's togetherness would end abruptly a few years later, but Shirley's love for Bill remained always. For Bill, His Pinup Girl glimpses those tender years with several precious, never-before-seen photographs belonging to Shirley's family, offers later views of her onstage in the 1954 Broadway musical By the Beautiful Sea, and provides the transcript of a lost television interview with Merv Griffin from 1963. "He loved the farm. He'd seen so much devastation during the war that he wanted to make things grow. But he did too much. He always did the heavy work while his helper drove the tractor. He didn't know he had a heart condition." - Shirley Booth. Jim Ma

Book Description Delaware River Books, 2010. Condition: Good. A+ Customer service! Satisfaction Guaranteed! Book is in Used-Good condition. Pages and cover are clean and intact. Used items may not include supplementary materials such as CDs or access codes. May show signs of minor shelf wear and contain limited notes and highlighting. Seller Inventory # 0615421814-2-4

Book Description Delaware River Books 2010-12-01, 2010. Paperback. Condition: Good. Item is in good condition. Some moderate creases and wear. This item may not come with CDs or additional parts including access codes for textbooks. Might be an ex-library copy and contain writing/highlighting. Seller Inventory # DS-0615421814-3