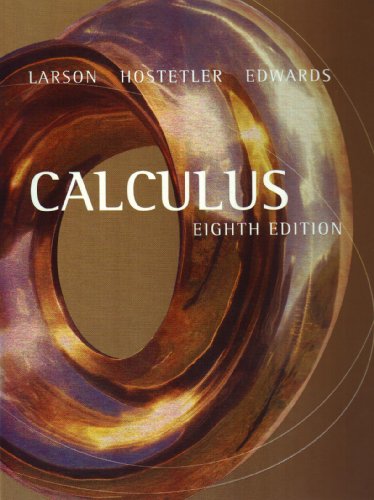 Designed for the three-semester calculus course for math and science majors, Calculus continues to offer instructors and students new and innovative teaching and learning resources. This was the first calculus text to use computer-generated graphics, to include exercises involving the use of computers and graphing calculators, to be available in an interactive CD-ROM format, to be offered as a complete, online calculus course, and to offer a two-semester Calculus I with Precalculus text. Every edition of the series has made the mastery of traditional calculus skills a priority, while embracing the best features of new technology and, when appropriate, calculus reform ideas. Now, the Eighth Edition is the first calculus program to offer algorithmic homework and testing created in Maple so that answers can be evaluated with complete mathematical accuracy. Two primary objectives guided the authors in writing this book: to develop precise, readable materials for students that clearly define and demonstrate concepts and rules of calculus and to design comprehensive teaching resources for instructors that employ proven pedagogical techniques and saves the instructor time. The Eighth Edition continues to provide an evolving range of conceptual, technological, and creative tools that enable instructors to teach the way they want to teach and students to learn they way they learn best.