Items related to Gods, Demons, and Others

Gods, Demons, and Others 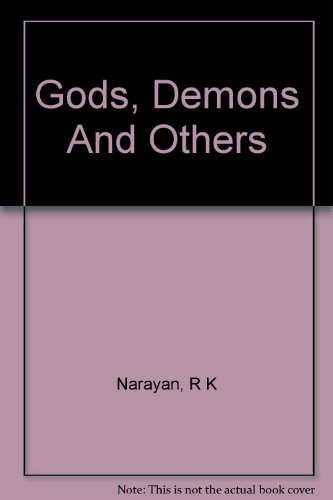 Following in the footsteps of the storytellers of his native India, R. K. Narayan has produced his own versions of tales of gods, demons, magicians, king, and virtuous wives from the Ramayana and the Mahabarata.

R. K. Narayan (1906–2001) was one of the most prominent Indian novelists of the twentieth century. Most of his stories are set in the fictional South Indian town of Malgudi, a place that Narayan populated with numerous characters. He was the recipient of many awards for his work including the National Prize of the Indian Literary Academy, India's highest literary honor. In 1980 he was awarded the AC Benson Medal by the Royal Society of Literature, of which he was an honorary member and in 1982 he was elected an honorary member of the American Academy of Arts and Letters.

Book Description Penguin Publishing Group. Paperback. Condition: Fair. A readable copy. All pages are intact, and the cover is intact. Pages can include considerable notes-in pen or highlighter-but the notes cannot obscure the text. At ThriftBooks, our motto is: Read More, Spend Less. Seller Inventory # G067000202XI5N00