Items related to On the Road: The Original Scroll

Kerouac, Jack On the Road: The Original Scroll

On the Road: The Original Scroll 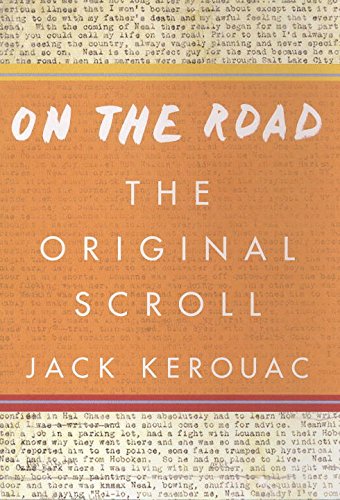 The legendary 1951 scroll draft of On the Road, published word for word as Kerouac originally composed it

Though Jack Kerouac began thinking about the novel that was to become On the Road as early as 1947, it was not until three weeks in April 1951, in an apartment on West Twentieth Street in Manhattan, that he wrote the first full draft that was satisfactory to him. Typed out as one long, single-spaced paragraph on eight long sheets of tracing paper that he later taped together to form a 120-foot scroll, this document is among the most significant, celebrated, and provocative artifacts in contemporary American literary history. It represents the first full expression of Kerouac's revolutionary aesthetic, the identifiable point at which his thematic vision and narrative voice came together in a sustained burst of creative energy. It was also part of a wider vital experimentation in the American literary, musical, and visual arts in the post-World War II period.

It was not until more than six years later, and several new drafts, that Viking published, in 1957, the novel known to us today. On the occasion of the fiftieth anniversary of On the Road, Viking will publish the 1951 scroll in a standard book format. The differences between the two versions are principally ones of significant detail and altered emphasis. The scroll is slightly longer and has a heightened linguistic virtuosity and a more sexually frenetic tone. It also uses the real names of Kerouac's friends instead of the fictional names he later invented for them. The transcription of the scroll was done by Howard Cunnell who, along with Joshua Kupetz, George Mouratidis, and Penny Vlagopoulos, provides a critical introduction that explains the fascinating compositional and publication history of On the Road and anchors the text in its historical, political, and social context.

Celebrating 50 Years of On the Road

Jack Kerouac was born in 1922 in Lowell, Massachusetts. He attended local Catholic and public schools and won a scholarship to Columbia University in New York, where he met Allen Ginsberg and William S. Burroughs. His first novel, The Town and the City, appeared in 1950, but it was On the Road, published by Viking in 1957, that made him one of the best known authors of his time. Kerouac died in St. Petersburg, Florida, in 1969, at the age of forty-seven.

3. On the Road: The Original Scroll

4. On the Road: The Original Scroll

5. On the Road: The Original Scroll