Items related to The Regeneration trilogy 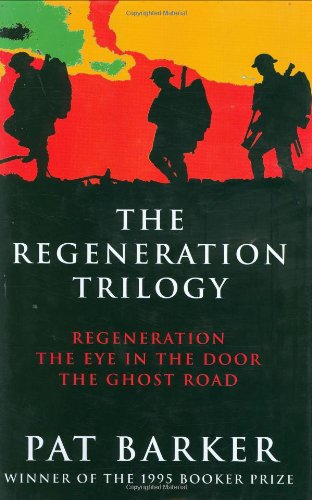 A trilogy of novels set during World War I which mingle real and fictional characters. "The Ghost Road" won the 1995 Booker Prize.

Pat Barker was born in Yorkshire and began her literary career in her forties, when she took a short writing course taught by Angela Carter. Encouraged by Carter to continue writing and exploring the lives of working class women, she sent her fiction out to publishers. Thirty-five years later, she has published fifteen novels, including her masterful Regeneration Trilogy, been made a CBE for services to literature, and won awards including the Guardian Fiction Prize and the UK's highest literary honour, the Booker Prize. She lives in Durham and her new novel, The Silence of the Girls, will be published by Hamish Hamilton in August 2018.

Harrowing, original, delicate and unforgettable * Independent * A masterpiece . . . fiction of the highest order * Sunday Express * A new vision of what the First World War did to human beings, male and female, soldiers and civilians. Constantly surprising and formally superb -- A. S. Byatt * Daily Telegraph * One of the few real masterpieces of late twentieth-century British fiction -- Jonathan Coe One of the most distinguished works of contemporary fiction -- Barry Unsworth