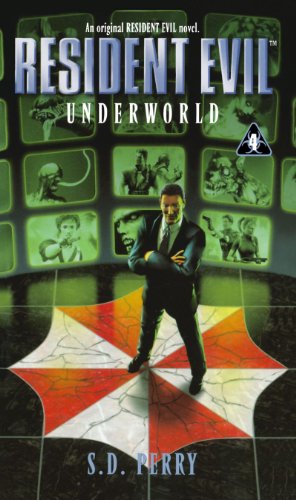 Umbrella has begun to lose control of its hidden research facilities. Three labs have already been destroyed. But beneath the deserts of the American Southwest, one of the company's most elaborate facilities is about to go online.

S. D. Perry is a novelist living in Portland, Oregon.  She is currently lives with her husband, Myk, her two children Cyrus and Myk Jr, and their two dogs. She mostly writes tie-in novels based on works in the fantasy/science-fiction/horror genre, including Resident Evil, Star Trek, Aliens and Predator. She has also written a handful of short stories and movie novelizations. Her favorite Star Trek series is the original series, with her favorite characters being "The Big Three" - Kirk, Spock and McCoy.