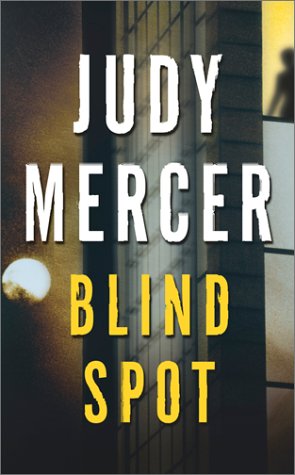 Good news doesn't come at 4 A.M. The call that comes in the predawn stillness of a warm Los Angeles night shocks Ariel Gold awake. A friend has been blinded. The assualt on Laya is brutal, the result tragic, the method insidious. The LAPD thinks it's a case of product tampering, with the "unlucky" Laya a random victim. Ariel's not so sure. As a correspondent for the TV newsmagazine Open File, she is in a unique position to satisfy her doubts. As a friend, she won't quit until she has. But the claims of friendship, Ariel soon finds out, can prove complicated -- and dangerous....


Good news doesn't come at four in the morning.

For those unlucky enough to lie wakeful, that silent predawn black is a lonesome place. Worries nibble at the mind. Old regrets come home to roost. As sleep eludes, just beyond grasp, every minute stretches. The clock ticks. Fears that would seem foolish by day take hold of the imagination, and grow.

It isn't the dead of night, 4:00 A.M., but it can, nonetheless, be deadly. Ask a nurse on the graveyard shift. Ask any priest. It is the hour, you'll learn, when the body's purchase on life is at its weakest, when those sapped by age or illness will often, finally, surrender.

It is an hour when the earth itself is unreliable. Predawn -- historically, quirkily, and inexplicably -- is favored by earthquakes.

And when the phone rings in the last, dark hours of the night, chances are it's bringing trouble.

It wasn't the phone that woke Ariel Gold at 4:06 A.M., and it wasn't the rumble of a quake. It was, in the first disoriented second, as shocking. She'd been deeply asleep. She'd gone to bed alone. She no longer was. Something cold bumped against her cheek. She jerked awake, still half mired in a nonsensical dream. The noise she heard then was a low, anxious murmur, so close it was like a moist breath on her face, so close it almost stopped her heart. That was when the phone rang.

Later, she questioned whether she could have the sequence of events right: that her dog nudged her awake before the phone actually rang. How was that possible? Did telephones emit some sound undetected by human ears in the split second before the ring? Was it coincidence? Or did animals have an early warning system for tragedy on the way? The time came when Ariel stopped questioning. Weirder things were entirely, provably possible. Whatever the big German shepherd may or may not have sensed, tragedy had already happened.

"Hello?" Ariel said, her voice hardly audible over Jessie's panting. She stroked the dog's neck, invisible in the dark, but warm, softly furred, and familiar. "Hello?" she asked louder. "Who is it?"

She heard the thwack! of a receiver being dropped, banging against something, and snapped on the bedside lamp, squinting against the brightness of the 100-watt bulb. This wasn't a wrong number; she was somehow sure of that. It wasn't a creep of the heavy breathing variety either, although Ariel could, faintly, hear the sound of someone breathing. The receiver was evidently retrieved, for the breathing grew loud. It was ragged, the desperate, greedy mouth-breathing of a woman in labor.

The voice was a woman's. Thin. At the very edge of a scream. It took Ariel a second to place it. She'd never heard this particular woman sound anything but serene, even detached. "Laya?" she asked. "Is that you?"

Horribly, Ariel's friend had begun to moan. She's been attacked! Ariel thought. Raped. "What's happened?" she cried, but the moaning, a litany of pain, overrode her. "Hurts!" Ariel made out, and the words "Oh!" and "Please!"

"Stop it," she ordered, "and tell me what's happened."

Laya made a strangling sound and then swallowed noisily, more than once. It sounded as though she were forcing down stones. "I can't," she said. "I can't..."

"Don't you understand English?" The hysteria broke loose then. A flood. "I can't see! I can't see anything! I'm blind!"

How people react to sudden, personal tragedy is the question at the center of Mercer's latest Ariel Gold page-turner, which opens when Ariel's friend and yoga teacher, Laya, is blinded by a bottle of eyedrops that contains a corrosive chemical. The incident sends Laya on a soul-searching mission and prompts Ariel, an L.A. television news correspondent, to search for answers about why Laya was maimed. What the police are treating as a product-tampering incident is actually tied to the beating death of a man later identified as James Price, a crime that Laya witnessed and did not report. She was seen by one of the killers, however. Meanwhile, Ariel has her own identity questions. An amnesiac with only a few years of memory, she is confused when a San Rafael woman named Dorothy writes her letters referring to old conversations and dropping ominous hints about a murderer. Is Dorothy a forgotten old friend or a piece of the Price murder puzzle? The plot lines converge when another witness to the Price murder is beaten to death, and Laya enrolls in the Marin Guide Dog Academy in San Rafael. Until this point in the story, the suspense is undercut by the leisurely pace, but once the tale tightens up, it moves swiftly to a tense and satisfying conclusion. Even so, the plot takes a back seat to Ariel, the book's winning element, who is desperate for memories of her dead twin sister, Jane, and slowly comes to terms with her lost past. In her, Mercer (Split Image; Double Take) has created a modern and believable heroine who finds herself in a strange world where every incident may reveal the secrets of her unknown personal history. When Ariel's vulnerability takes center stage, the novel acquires complexity and resonance, but when her amnesia becomes irrelevant, the novel's title could well refer to Mercer's lack of vision about what makes her main character unique and fascinating. (Apr.)
Copyright 2000 Reed Business Information, Inc.