Items related to The Golden Notebook

Lessing, Doris May The Golden Notebook 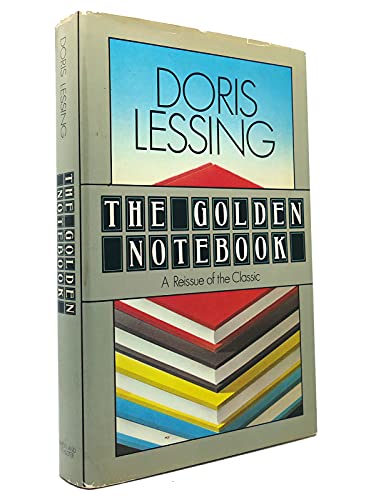 Much to its author's chagrin, The Golden Notebook instantly became a staple of the feminist movement when it was published in 1962. Doris Lessing's novel deconstructs the life of Anna Wulf, a sometime-Communist and a deeply leftist writer living in postwar London with her small daughter. Anna is battling writer's block, and, it often seems, the damaging chaos of life itself. The elements that made the book remarkable when it first appeared--extremely candid sexual and psychological descriptions of its characters and a fractured, postmodern structure--are no longer shocking. Nevertheless, The Golden Notebook has retained a great deal of power, chiefly due to its often brutal honesty and the sheer variation and sweep of its prose.

This largely autobiographical work comprises Anna's four notebooks: "a black notebook which is to do with Anna Wulf the writer; a red notebook concerned with politics; a yellow notebook, in which I make stories out of my experience; and a blue notebook which tries to be a diary." In a brilliant act of verisimilitude, Lessing alternates between these notebooks instead of presenting each one whole, also weaving in a novel called Free Women, which views Anna's life from the omniscient narrator's point of view. As the novel draws to a close, Anna, in the midst of a breakdown, abandons her dependence on compartmentalization and writes the single golden notebook of the title.

In tracking Anna's psychological movements--her recollections of her years in Africa, her relationship with her best friend, Molly, her travails with men, her disillusionment with the Party, the tidal pull of motherhood--Lessing pinpoints the pulse of a generation of women who were waiting to see what their postwar hopes would bring them. What arrived was unprecedented freedom, but with that freedom came unprecedented confusion. Lessing herself said in a 1994 interview: "I say fiction is better than telling the truth. Because the point about life is that it's a mess, isn't it? It hasn't got any shape except for you're born and you die."

The Golden Notebook suffers from certain weaknesses, among them giving rather simplistic, overblown illustrations to the phrase "a good man is hard to find" in the form of an endless parade of weak, selfish men. But it still has the capacity to fill emotional voids with the great rushes of feeling it details. Perhaps this is because it embodies one of Anna's own revelations: "I've been forced to acknowledge that the flashes of genuine art are all out of deep, suddenly stark, undisguiseable private emotion. Even in translation there is no mistaking these lightning flashes of genuine personal feeling." It seems that Lessing, like Anna when she decides to abandon her notebooks for the single, golden one, attempted to put all of herself in one book. --Melanie Rehak

doris lessing is widely recognized as one of the greatest writers of the second half of the twentieth century.