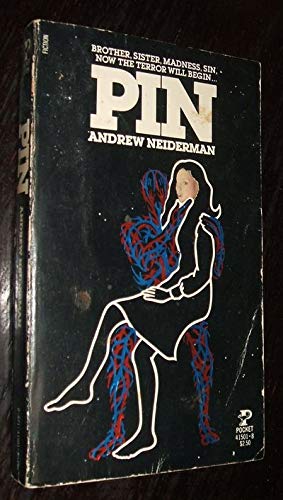 About the Author:
Andrew Neiderman is the author of numerous novels of suspense and terror, including Deficiency, The Baby Squad, Under Abduction, Dead Time, Curse, In Double Jeopardy, The Dark, Surrogate Child, and The Devil’s Advocate—which was made into a major motion picture starring Al Pacino, Keanu Reeves, and Charlize Theron. He lives in Palm Springs, California, with his wife, Diane. Visit his website at Neiderman.com.
From Booklist:
*Starred Review* Without the 1998 cult horror film by the same name, this 1981 psychodrama may have slid off the map entirely—a crime, considering just how terrifically upsetting it is. Leon and Ursula are teenagers living alone in a mansion after the death of their wealthy parents. Well, not entirely alone. They are joined by Pin, the full-sized, translucent medical dummy with which their physician father amused patients by throwing his voice. (This is the point where, if you’re the nervous type, you slowly back away from the book.) As children, Leon and Ursula treated Pin as a confidant, though now that they’re older, it’s only Leon who holds entire two-sided conversations with him while Ursula plays along. It’s a bizarre stasis indeed, but everybody is happy—until the day Ursula brings home a boyfriend who has a damning diagnosis of Leon: “He’s as loony as can be.” With the family trio threatened, Leon and Pin hatch a plan—it involves hypodermic needles—to rid themselves of this new bother. Yes, it’s a heck of a plot synopsis, though it can’t convey Leon’s calm, aristocratic first-person narration, nor does it touch upon the queasy, incestual relationship that turns the siblings’ every interaction into the kind of barely hidden perversity V. C. Andrews would had loved. (Neiderman, in fact, became Andrews’ ghostwriter after her death.) If you’re a fan of clever psychos or medical horrors—or if you’re just an all-around sicko—I’d like to introduce you to your new best friend. --Daniel Kraus

Book Description Condition: Good. Buy with confidence! Book is in good condition with minor wear to the pages, binding, and minor marks within. Seller Inventory # bk0671415018xvz189zvxgdd

Book Description Soft Cover. Condition: Very Good. DIE-CUT Bullet Hole in Cover; (illustrator). First Edition By This Publisher. 264 pages "Mother was driven by a psychotic compulsion to clean - constantly - everything in sight. Father was consumed by his medical practice and an analytical approach to life.Pin, who answered all the children's questions in a voice not unlike the doctor's. Then there was the accident, both parents are dead." >> Cover creasing; Size: 12mo - over 6ľ" - 7ľ" tall. Mass Market Paperback. Seller Inventory # 19618-2

Book Description Paperback. Condition: Very Good. Item is in very good condition. If supplemental codes/CDs for textbooks are required please contact us prior to purchasing as they may be missing. Photos are stock pictures and not of the actual item. Seller Inventory # DS-0671415018-2

Book Description Paperback. Condition: VeryGood. A well-cared-for item that has seen limited use but remains in great condition. The item is complete, unmarked, and undamaged, but may show some limited signs of wear. Item works perfectly. Pages are intact and not marred by notes or highlighting. The spine is undamaged. Seller Inventory # 4BQGBJ00CHMX_ns