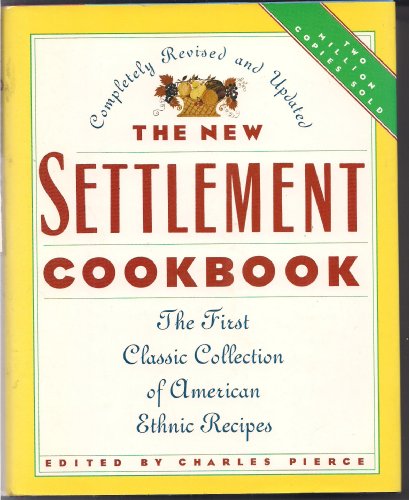 Two million copies and 90 years after its first publication, The Settlement Cookbook remains an American standby. It began in 1901 as the "bible" for Mrs. Simon Kander's cooking classes, composed mostly of recent immigrants to Milwaukee. Despite language barriers, the young women were eager to assimilate and learn new skills for cooking typical American dishes. If Kander were to browse through the latest edition, assembled by New York food writer Pierce, she might be surprised to find a recipe for pad Thai opposite another for kreplach. Such is the international tone that the book adopts in its latest incarnation, in a decided shift away from assimilation to celebrating culinary differences. Old-fashioned basic fare is well represented, as befits the educational intent of the original. Yet an inexperienced and adventurous cook will also find an easy-to-prepare Spanish chili sauce, fragrant with fresh marjoram and garlic. Still targeted to beginners, the volume offers rundowns of cooking techniques, definitions of everything from skim milk to mache lettuce and nearly 800 pages of recipes. However, health information is limited to calorie counts for popular foods, without data on cholesterol or important nutrients.
Copyright 1991 Reed Business Information, Inc.