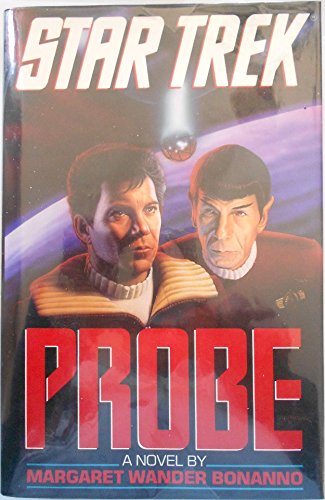 Peace talks among representatives from the United Federation of Planets and Empire are disrupted when news of an escaped probe arrives, and soon the Enterprise crew is headed for a final confrontation with the Romulan Empire

Ten years have passed since Captain Kirk and the EnterpriseTM crew brought back hump-backed whales from the twentieth century to communicate with the mysterious Probe which threatened Earth. The Probe is returning to Earth and has plotted its course, and the Enterprise must continue to delve into the mystery of its language, and its cosmic purpose to save Earth once again.

Margaret Wander Bonanno is the New York Times bestselling author of Star Trek the Lost Era: Catalyst of Sorrows, Star Trek: Dwellers in the Crucible, and Star Trek: Strangers from the Sky, as well as two science fiction trilogies, The Others and the Preternatural.