Items related to Haydn and the Classical Variation (Studies in the History...

Sisman, Elaine R. Haydn and the Classical Variation (Studies in the History of Music)

Haydn and the Classical Variation (Studies in the History of Music) 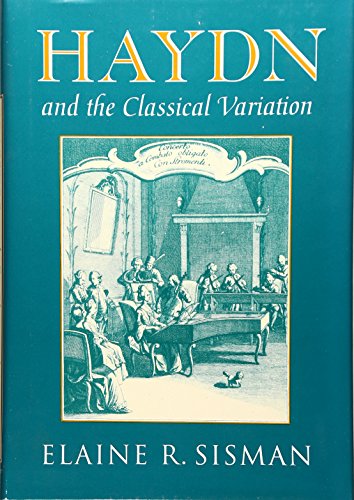 In this first full-scale examination of the theme-and-variations form in the Classical era, Elaine Sisman demonstrates persuasively that it was Haydn's prophetic innovationsplacing the variation in every position of a multi-movement cycle, broadening its array of theme types, and transforming its larger shapethat truly created the Classical variation. She elucidates the concept and technique of variation, traces Haydn's development and use of the form in symphonies, chamber music, and keyboard works, and then shows how Mozart and Beethoven in their individual ways built on his contributions.

Throughout, Sisman's analysis reflects both musical thinking of the Classical period and today's critical interests. She discusses ornamentation and musical figures, explores the pervasive eighteenth-century notion of music as rhetoric, and relates the style of the variation to that of the other dominant form in this period: sonata form. Her book offers a revaluation of the nature of the variation form and a new approach to the music of Haydn. Haydn and the Classical Variation is addressed to students and scholars of music, but the author's unaffected style makes it accessible to nonprofessional music lovers as well.

By far the most extensive, intelligent, and original treatment of the concept and techniqe of variation yet produced. Sisman employs a wide range of approaches, from classical and neoclassical rhetorical theory and the most recent techniques of literary analysis to sophisticated modern methods of dealing with the music itself. (Eugene K. Wolf, University of Pennsylvania)