Items related to The Secret History 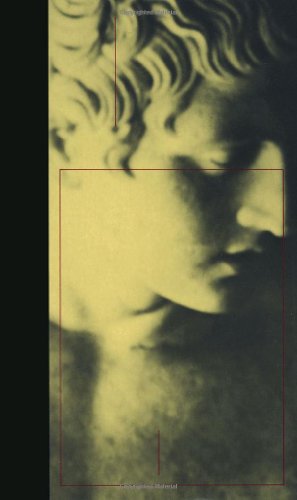 Donna Tartt, winner of the 2014 Pulitzer Prize for her most recent novel, The Goldfinch, established herself as a major talent with The Secret History, which has become a contemporary classic.

Under the influence of their charismatic classics professor, a group of clever, eccentric misfits at an elite New England college discover a way of thinking and living that is a world away from the humdrum existence of their contemporaries. But when they go beyond the boundaries of normal morality their lives are changed profoundly and forever, and they discover how hard it can be to truly live and how easy it is to kill.
From the Trade Paperback edition.

I had heard about this book for years, pretty much everyone I knew told me to read it--to the point that I started to actively resist the idea. So when I had eye-laser surgery, I took home a copy of the audio for my recovery, and immediately regretted that I had put off reading it for so long. Once fully recovered, I got the paperback and read it for the bits that I might have missed. Even better the second time!A. Scheibe, editorial.

"A beautifully written story, well-told, funny, sad, scary, and impossible to leave alone until I finished. . . . What a debut!" --John Grisham

"An accomplished psychological thriller . . . Absolutely chilling . . . Tartt has a stunning command of the lyrical." -- The Village Voice

"A thinking-person's thriller . . . Think Lord of the Flies, then The Rules of Attraction. . . . The Secret History combines a bit of both--the unmistakable whiff of evil from William Golding's classic and the mad recklessness of priviledged youth from Bret Easton Ellis's novel of the '80s. . . . As stony and chilling as any Greek tragedian ever plumbed." --New York Newsday

"Tartt's voice is unlike that of any of her contemporaries. Her beautiful language, intricate plotting, fascinating characters, and intellectual energy make her debut by far the most interesting work yet from her generation." --The Boston Globe

"A long tale of friendship, arrogance, and murder knit together with the finesse that many writers will never have . . . Her writing bewitches us . . . The Secret History is a wonderfully beguiling book, a journey backward to the fierce and heady friendships of our school days, when all of us believed in our power to conjure up divinity and to be forgiven any sin." --The Philadelphia Inquirer

"The great pleasure of the novel is the wonderful complexity and the remarkable skill with which this first novelist spins the tale. And a gruesome tale it is. . . . A great, dense, disturbing story, wonderfully told." --Cosmopolitan

"The Secret History implicates the reader in a conspiracy which begins in bucolic enchantment and ends exactly where it must--though a less gifted or fearless writer would never have been able to imagine such a rich skein of consequence. Donna Tartt has written a mesmerizing and powerful novel." --Jay McInerney

"Donna Tartt has invested this simple and suspenseful plot with a considerable amount of atmosphere and philosophical significance. . . . She's a very good writer indeed." --The Washington Post Book World

"A glorious achievement . . . The Secret History is a grand read--an artful blend of intelligence, entertainment, and suspense that quickens the pulse." --The Virginian Pilot & Ledger-Star

"One of the best American college novels to come along since John Knowles's A Seperate Peace. . . . Immensely entertaining." --Houston Chronicle

"Donna Tartt is clearly a gifted writer. . . . The cadence of her sentences, the authority with which she shaped 500-plus pages of an erudite page-turner indicate she has the ability to leave her literary contemporaries standing in the road. . . . The decision to murder has about it the inevitability of classical Greek tragedy." --The Miami Herald

"Donna Tartt has a real shot at becoming her generation's Edgar Allan Poe. . . . The Secret History pulses like a telltale heart on steroids." --Glamour