Items related to Leave It to Me

Mukherjee, Bharati Leave It to Me 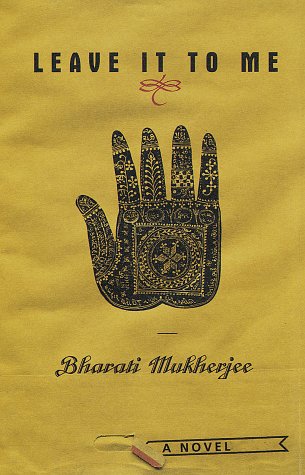 Adopted as a toddler, Debby DiMartino sets out to find her biological parents--her mother, a California flower child, and her father, a murderer serving time in an Asian prison--driven not only by curiosity but also by revenge

India-born author Bharati Mukherjee has long used fiction to explore issues of identity and culture, often through displaced characters--Indians coming to the West (Jasmine) or Westerners heading to Asia (The Holder of the World). In Leave It to Me Mukherjee approaches the same issues from a fresh angle; protagonist Debby DiMartino grows up in a middle-class, Italian-American family in Schenectady, NY, yet she is "a tall girl in a small school, a beautiful girl in a plain family, an exotic girl in a very American town." Debby is adopted, abandoned as a baby by her American hippie mother and Eurasian father in India, where she was placed in a Catholic orphanage until the DiMartinos took her in. Growing up, Debby identifies herself by what she is not; at age 23, after a brief, disastrous love affair with a Hong Kong ex-movie star, she decides to find out what she is.

Debby's search for her birth parents takes her to San Francisco, where she lifts a new name off a vanity license plate and begins a new life as Devi Dee. Along with her old identity, Debby/Devi sheds her old conventions, becoming a "Tenderloin prowler, all allure and strength and zero innocence" as she lives out of her car in Haight Ashbury, befriends the crazy, the strung-out, and the paranoid who populate its streets, and begins her hunt for the woman who gave her life--a search that will lead Devi into an apocalyptic confrontation with a most unexpected demon. In Leave It to Me Bharati Mukherjee has created a hip, violent, and darkly funny look at what it means to be an American at the end of the 20th century.

"MUKHERJEE IS FEARLESS . . . DARING AND WITTY . . . Take the wild ride with Debby DiMartino from Albany to San Francisco, from lost child to masked avenger."
--The Boston Globe

"POWERFULLY WRITTEN . . . Debby has no memory of her birth parents. All she knows is that she was born in a remote Indian village, the daughter of a hippie back-packing mother and a mysterious Eurasian father, both of whom have disappeared almost without a trace. . . . Her quest for her biological parents turns into an obsession. . . . Leave It to Me . . . shows Mukherjee at the peak of her craft. . . . Mixing the Greek myth of Electra with the Indian myth of Devi, she sends Devi/Debby careening down on the Bay Area like an elemental force of vengeance."
--San Francisco Chronicle

"DEVI IS A BRILLIANT CREATION--hilarious, horribly knowing and even more horribly oblivious--through whom Bharati Mukherjee, with characteristic and shameless ingenuity, is laying claim to speak for an America that isn't 'other' at all."
--The New York Times Book Review

"STUNNING . . . An astute, ironic, and merciless insight into an aberrant version of the American dream."
--Publishers Weekly (starred review)

Leave it to Me

Leave It To Me (Signed First Edition)

Leave It to Me Mukherjee, Bharati