Items related to The Drowned and the Saved

Levi, Primo The Drowned and the Saved

The Drowned and the Saved 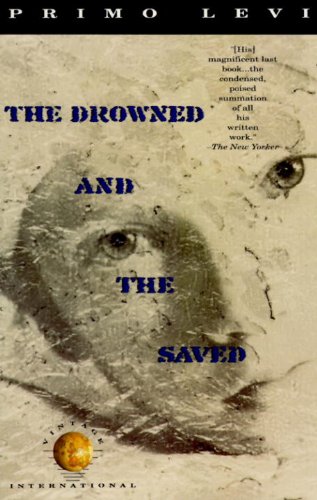 Levi wrote of the moral collapse that occurred in Auschwitz and the fallibility of human memory that allows such atrocities to recur. Levi's last book published before his death in 1987.

This book, published months after Italian writer Primo Levi's suicide in 1987, is a small but powerful look at Auschwitz, the hell where Levi was imprisoned during World War II. The book was his third on the subject, following Survival in Auschwitz (1947) and The Reawakening (1963). Removed from the experience by time and age, Levi chose to serve more as an observer of the camp than the passionate young man of his previous work. He writes of "useless violence" inflicted by the guards on prisoners and then concludes the book with a discussion of the Germans who have written to him about their complicity in the event. In all, he tries to make sense of something that--as he knew--made no sense at all.

Primo Levi (1919 1987) was an Italian chemist and writer, best known for his memoirs If This Is a Man and The Periodic Table.

1. The Drowned and the Saved

2. The Drowned and the Saved

3. The Drowned and the Saved Levi, Primo