Items related to The Gnostic Gospels 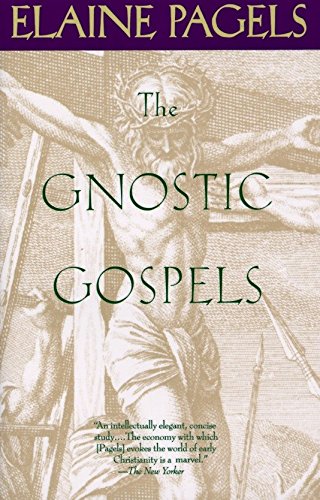 A provocative study of the gnostic gospels and the world of early Christianity as revealed through the Nag Hammadi texts.

Gnosticism's Christian form grew to prominence in the 2nd century A.D. Ultimately denounced as heretical by the early church, Gnosticism proposed a revealed knowledge of God ("gnosis" meaning "knowledge" in Greek), held as a secret tradition of the apostles. In The Gnostic Gospels, author Elaine Pagels suggests that Christianity could have developed quite differently if Gnostic texts had become part of the Christian canon. Without a doubt: Gnosticism celebrates God as both Mother and Father, shows a very human Jesus's relationship to Mary Magdalene, suggests the Resurrection is better understood symbolically, and speaks to self-knowledge as the route to union with God. Pagels argues that Christian orthodoxy grew out of the political considerations of the day, serving to legitimize and consolidate early church leadership. Her contrast of that developing orthodoxy with Gnostic teachings presents an intriguing trajectory on a world faith as it "might have become." The Gnostic Gospels provides engaging reading for those seeking a broader perspective on the early development of Christianity. --F. Hall

"The first major and eminently readable book on gnosticism benefiting from the discovery in 1945 of a collection of Gnostic Christian texts at Nag Hammadi in Egypt." --The New York Times Book Review

Book Description Paperback. Condition: New. Reissue. Language: English. Brand new Book. A study of the Gnostic texts, which describe the same people and events portrayed in the New Testament but from a different perspective, reveals why their suppression was essential to the development of the Christian church. Seller Inventory # ABZ9780679724537