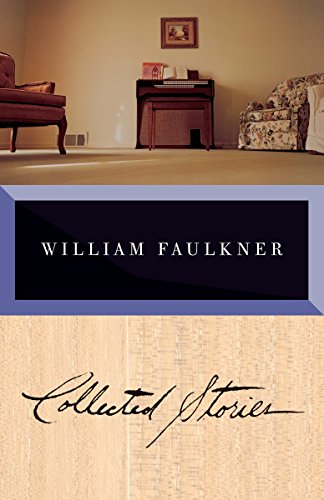 “I’m a failed poet. Maybe every novelist wants to write poetry first, finds he can’t and then tries the short story which is the most demanding form after poetry. And failing that, only then does he take up novel writing.” —William Faulkner

Forty-two stories make up this magisterial collection by the writer who stands at the pinnacle of modern American fiction. Compressing an epic expanse of vision into hard and wounding narratives, Faulkner’s stories evoke the intimate textures of place, the deep strata of history and legend, and all the fear, brutality, and tenderness of the human condition. These tales are set not only in Yoknapatawpha County, but in Beverly Hills and in France during World War I. They are populated by such characters as the Faulknerian archetypes Flem Snopes and Quentin Compson, as well as by ordinary men and women who emerge so sharply and indelibly in these pages that they dwarf the protagonists of most novels.

This magisterial collection of short works by Nobel Prize-winning author William Faulkner reminds readers of his ability to compress his epic vision into narratives as hard and wounding as bullets. Among the 42 selections in this book are such classics as "A Bear Hunt," "A Rose for Emily," Two Soldiers," and "The Brooch."