Items related to The Shipping News 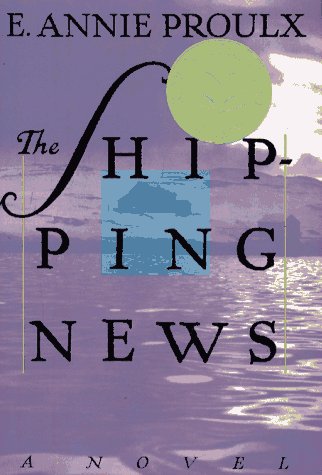 An unsuccessful newspaperman, his aunt, and his two young daughters experience delicately evoked changes in a poignant novel set in a Newfoundland fishing town. By the author of Postcards.

This darkly comic, wonderfully inventive work, winner of the 1993 National Book Award, transforms the lore of Newfoundland--including shipwrecks, nautical knot-tying, horrid weather and family legend--into brilliant literary art. It is the story of the rebirth of Quoyle, a hulking, inarticulate, misery-ridden widower who flees upstate New York to take up residence in Newfoundland. The island of his forebears, Newfoundland is a dreary rock in the north Atlantic beset by lousy weather. Proulx lovingly recreates this hardscrabble location in her vivid, distinctive prose and populates it with a cast of amusing, richly human characters. Quoyle, a "third-rate newspaperman," makes a hit with his "Shipping News" column, while his anguish at the loss of his faithless wife is slowly transformed by the strengthening ties that bind him to the place and to his fellow Newfoundlanders.

E. Annie Proulx focuses on a Newfoundland fishing town in a tale about a third-rate newspaperman and the women in his life -- his elderly aunt and two young daughters -- who decide to resettle in their ancestral seaside home. The transformation each of the character undergoes following move is profound. A vigorous, darkly comic, and at times magical portrait of the contemporary American family, The Shipping News enlightens readers to the powers of E. Annie Proulx's storytelling genius and her expert evocation of time and place. She is truly one of the most gifted and original writers in America today.

Other Books With Reading Group Guides