Items related to That Hideous Strength 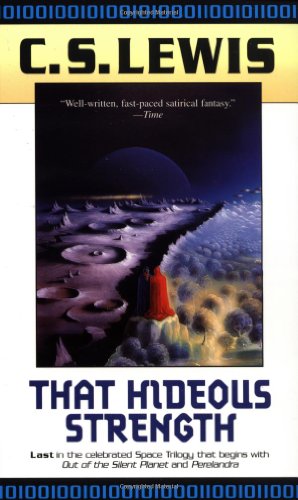 The final book in C.S. Lewis's acclaimed Space Trilogy, which includes Out of the Silent Planet and Perelandra, That Hideous Strength concludes the adventures of the matchless Dr. Ransom. Finding himself in a world of superior alien beings and scientific experiments run amok, Dr. Ransom struggles with questions of ethics and morality, applying age-old wisdom to a brave new universe dominated by science. His quest for truth is a journey filled with intrigue and suspense.

C. S. Lewis was a professor of medieval and Renaissance literature at Oxford and Cambridge universities who wrote more than thirty books in his lifetime, including The Screwtape Letters, The Chronicles of Narnia, and Mere Christianity. He died in 1963.