Items related to The Bell Curve: Intelligence and Class Structure in... 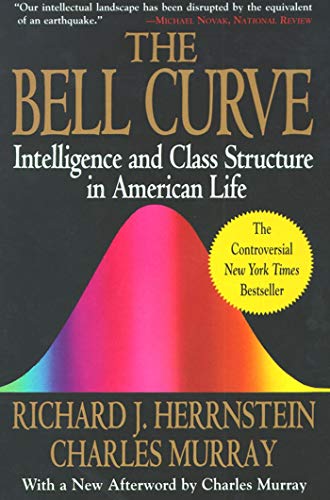 The controversial book linking intelligence to class and race in modern society, and what public policy can do to mitigate socioeconomic differences in IQ, birth rate, crime, fertility, welfare, and poverty.

The ability to manipulate information has become the single most important element of success. High intelligence is an increasingly precious raw material. But despite decades of fashionable denial, the overriding and insistent truth about intellectual ability is that it is endowed unequally. In this audio presentation of The Bell Curve, author Charles Murray explores the ways that low intelligence, independent of social, economic, or ethnic background, lies at the root of many of our social problems. He also discusses another taboo subject: that intelligence levels differ among ethnic groups. According to the authors, only by facing up to these differences can we accurately assess the nation's problems and make realistic plans to address them. However, if we accept that there are intelligence differences among groups, we must learn to avoid prejudicial assumptions about any individual of a given group whose intelligence level may be anywhere under the bell curve.

Richard J. Herrnstein held the Edger Pierce Chair in Psychology at Harvard University until his death in 1994.