Items related to The Lost Civilizations of the Stone Age

Rudgley, Richard The Lost Civilizations of the Stone Age

The Lost Civilizations of the Stone Age 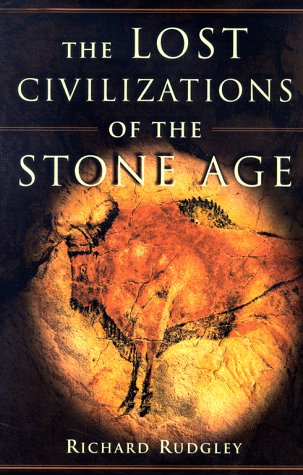 A British scholar challenges the conventional view of the Stone Age as minimally civilized, pointing out the many advances of its peoples, from their maps of the constellations to their innovations in boat building

Among historians, one of the most widely accepted criteria for a society's being "civilized" is whether it has a writing system, one that permits complex record keeping and allows for an account of the past. By that measure, writes British museologist Richard Rudgley, many societies of the most ancient Stone Age are to be reckoned as civilizations, for new archaeological evidence suggests that the Neolithic writing systems of cultures like Mesopotamia and the Nile valley have their roots in even older systems, some dating back to the time of the Neanderthals. (Just what those writing systems say remains a matter of debate, and Rudgley acknowledges that "if a script cannot be deciphered, then it will always be possible to dismiss it.") Prehistoric sign systems aside, Rudgley urges that the chronology of human cultural evolution be pushed back well into the Paleolithic; "the most fundamental cultural innovations," he suggests, "actually occurred far earlier in the overall sequence [of human development] than is generally realized." He maintains, for instance, that fired pottery, another characteristic of civilized societies, existed among Siberian nomads some 13,000 years ago, and that a knowledge of metallurgy existed in Egypt 35,000 years ago. Any call for a revision in widely accepted chronologies is, of course, sure to be controversial among prehistorians, and Rudgley's book, well reasoned as it is, will provoke debate. --Gregory McNamee

The rise of historical civilization 5,000 years ago is often depicted as if those societies were somehow created out of nothing. However, recent discoveries of astonishing accomplishments from the Neolithic Age -- in art, technology, writing, math, science, religion, medicine and exploration -- demand a fundamental rethinking of humanity before the dawn of written history.

In this fascinating book, Richard Rudgley describes how
-- The intrepid explorers of the Stone Age discovered all of the world's major land masses long before the so-called Age of Discovery
-- Stone Age man performed medical operations, including amputations and delicate cranial surgeries
-- Paleolithic cave artists of Western Europe used techniques that were forgotten until the Renaissance
-- Prehistoric life expectancy was better than it is for contemporary third-world populations

Rudgley reminds us just how savage so-called civilized people can be, and demonstrates how the cultures that have been reviled as savage were truly civilized. The Lost Civilizations of the Stone Age shows the great debt that contemporary society owes to its prehistoric predecessors. It is a rich introduction to a lost world that will redefine the meaning of civilization itself.

1. The Lost Civilizations of the Stone Age

2. The Lost Civilizations of the Stone Age

3. The LOST CIVILIZATIONS OF THE STONE AGE Rudgley, Richard

4. The Lost Civilizations of the Stone Age