Items related to Growing Up in New Guinea: A Comparative Study of Primitive...

Mead, Margaret Growing Up in New Guinea: A Comparative Study of Primitive Education

Growing Up in New Guinea: A Comparative Study of Primitive Education 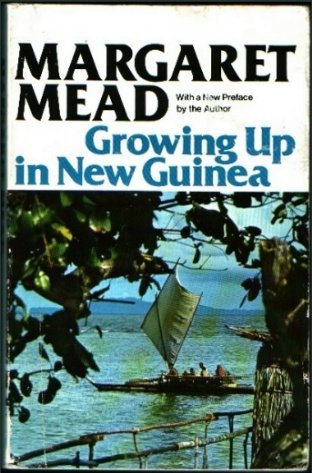 Margaret Mead (1901-1978) began her remarkable career when she visited Samoa at the age of twenty-three, which led to her first book, Coming of Age in Samoa. She went on to become one of the most influential women of our time, publishing some forty works and serving as Curator of Ethnology at the American Museum of Natural History as well as president of major scientific associations. She was awarded the Presidential Medal of Freedom following her death in 1978.

Coming of Age in Samoa (1928) launched Mead's career as an anthropologist, which was reaffirmed with the 1930 publication of New Guinea. In both volumes she theorizes that culture is a leading influence on psychosexual development. She also surmises that the so-called civilized world could learn a lot from so-called primitives. Essential volumes for academics.
Copyright 2001 Reed Business Information, Inc.

1. Growing Up in New Guinea: A Comparative Study of Primitive Education