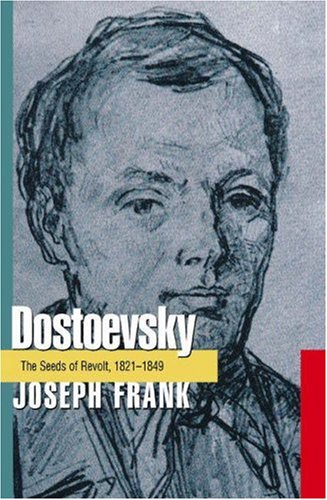 The term "biography" seems insufficiently capacious to describe the singular achievement of Joseph Frank's five-volume study of the life of the great Russian novelist Fyodor Dostoevsky. One critic, writing upon the publication of the final volume, casually tagged the series as the ultimate work on Dostoevsky "in any language, and quite possibly forever."

Frank himself had not originally intended to undertake such a massive work. The endeavor began in the early 1960s as an exploration of Dostoevsky's fiction, but it later became apparent to Frank that a deeper appreciation of the fiction would require a more ambitious engagement with the writer's life, directly caught up as Dostoevsky was with the cultural and political movements of mid- and late-nineteenth-century Russia. Already in his forties, Frank undertook to learn Russian and embarked on what would become a five-volume work comprising more than 2,500 pages. The result is an intellectual history of nineteenth-century Russia, with Dostoevsky's mind as a refracting prism.

The volumes have won numerous prizes, among them the National Book Critics Circle Award for Biography, the Christian Gauss Award of Phi Beta Kappa, the Los Angeles Times Book Prize, and the James Russell Lowell Prize of the Modern Language Association.

The present is the first in a series devoted to the life and works of Dostoevsky. As presently planned, it will be composed of four volumes, dealing, in chronological sequence, each with another period of Dostoevsky's life.

Joseph Frank is Professor of Comparative Literature Emeritus at Princeton University and Professor of Comparative Literature and Slavic Languages and Literature Emeritus at Stanford University. Previous volumes of Dostoevsky have received the National Book Critics Circle Award for Biography, two Christian Gauss Awards, two James Russell Lowell Awards, a Los Angeles Book prize and other honours. In addition to the previous volumes of Dostoevsky, Frank is author of Through the Russian Prism: Essays on Literature and Culture.