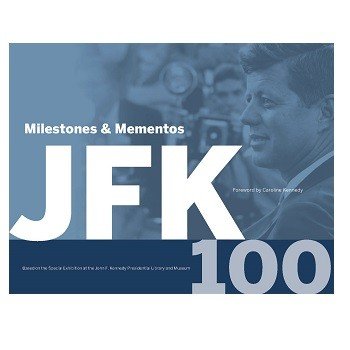 Foreword by Caroline Kennedy. Based on the Special Exhibition at the John F. Kennedy Presidential Library & Museum. Text by the curator of the John F. Kennedy Presidential Library & Museum, Stacey Bredhof. In honor of the centennial anniversary of John F. Kennedy's birth, 100 items, drawn mostly from the collections of the John F. Kennedy Presidential Library & Museum, are presented in this book. Chronicling the life of the nation's 35th President, these artifacts, documents, and photographs offer readers a more human view of the man who has become a towering historical figure. Each of the 100 items presented here has a story revealing a facet of JFK's life experience and personality. Some track his political ambitions; some speak to the trappings of the office he occupied and revered; some mark significant milestones in our nation's history. But it may be the everyday things-the beat-up suitcase, the neckties, the pencils from his desk, the gifts from his wife and children-that speak most poignantly of his humanity and help us connect with him, his ideals, and his vision for the country, a full century after his birth.