Items related to Adventures in the Screen Trade

Adventures in the Screen Trade 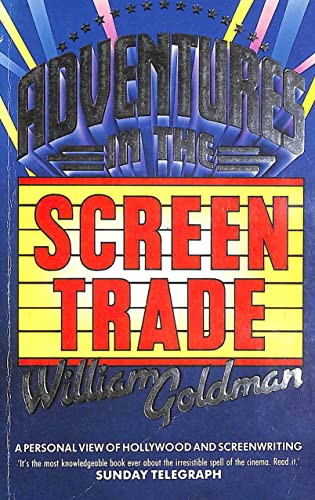 As befits more than twenty years in Hollywood, Oscar-winning screenwriter William Goldman's sparkling memoir is as entertaining as many of the films he has helped to create. From the writer of Butch Cassidy and the Sundance Kid, All the President's Men and Marathon Man, Adventures in the Screen Trade is an intimate view of movie-making, of acting greats such as Redford, Olivier, Newman and Hoffman, and of the trials and rewards of working inside the most exciting business in the world.

William Goldman was a screenwriter on such films as Butch Cassidy and the Sundance Kid and All the President's Men. He lives in New York City.

1. Adventures In The Screen Trade: A Personal View of Hollywood

Book Description Paperback. Condition: Very Good. The book has been read, but is in excellent condition. Pages are intact and not marred by notes or highlighting. The spine remains undamaged. Seller Inventory # GOR001887544