Items related to In the Active Voice

Douglas, Mary In the Active Voice

In the Active Voice 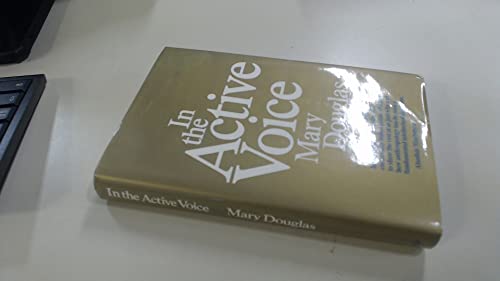 First published in 1982, this collection of essays is a reproach to a form of the sociology of religion that treats people as the passive objects of impersonal social influences. In opposition to this, the author seeks to assert an active voice style of thinking about the relations between individuals and their cultural environment, whether in economics, history or literary criticism.

This collection is assembled with the guiding principle that all the essays touch upon the borderland between economic values and personal judgements of quality. Several essays illustrate the theme from the place of economics in anthropology and the place of economic behaviour in sociological and cultural criticism. The essay on 'Cultural bias' suggests a systematic method of analysis for investigating social influences on judgement and choice.

1. In the Active Voice

2. In the Active Voice