Items related to Zoroastrians: Their Religious Beliefs and Practices... 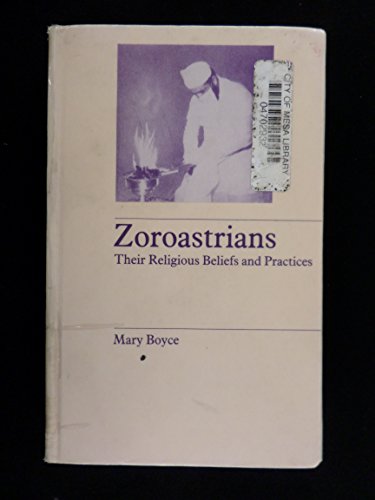 This book traces the continuous history of the faith from the time it was preached by Zoroaster down to the present day - a span of about 3,500 years. First taught among nomads on the Asian steppes, Zoroastrianism became the state religion of the three great Iranian empires and had a remarkable influence on other world faiths: to the east on northern Buddhism, to the west on Judaism, Christianity and Islam. With the conquest of Iran by the Muslim Arabs, Zoroastrianism lost its secular power, but continued to survive as a minority faith. Despite its antiquity, it remains a living religion.