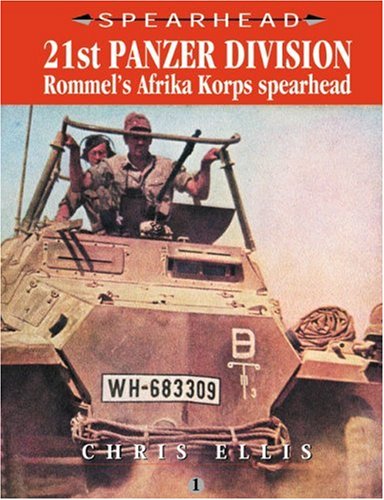 The new Spearhead series is designed to look at the cutting edge of war, dealing with units capable of operating completely independently in the forefront of battle. Each volume in the series examines a historic units origins, history, organization, order of battle, battle history, insignia and markings. The 21st Panzer Division gained greatest fame in North Africa, but also served in Normandy and on the Russian Front. Each Spearhead title includes an evaluation of the units combat effectiveness as seen by the unit, its opponents and subsequent researchers, and a research section including a bibliography and a listing of museums, websites, re-enactment groups and memorials.

Chris Ellis has been writing about weapons and military history for 40 years for many publishers, including Ian Allan Publishing for whom he compiled a volume in the successful Collector's Guide series on the German Army. His collaboration with Peter Chamberlain produced the classic British and American Tanks of World War 2; more recent titles include monographs on the German Flak / Pak 88mm and the Schmeosser.