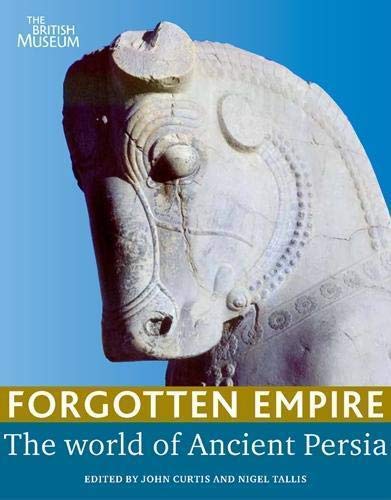 Persia's Achaemenid Empire flourished between 550 and 331 BC, and encompassed a rich diversity of different peoples and cultures. It originated with Cyrus the Great (559 - 530 BC) and expanded under his successors - who ruled from the royal capitals of Susa and Persepolis - until at its peak it stretched from the Indus Valley to Greece and from the Caspian Sea to Egypt. The Achaemenids acted as a bridge between the earlier Near Eastern cultures and the later Classical world of the Mediterranean, and had a profound influence on Greece in political, military, economic and cultural fields. Even their conqueror, Alexander the Great, quickly succumbed to Persian culture. Famous Persian kings are known to us from Greek writers such as Herodotus and Xenophon. Later writers, artists and musicians since the sixteenth century have been inspired by the Achaemenids and the Persian Wars. This beautifully illustrated catalogue will provide a unique insight into the wealth and splendour of Persian society - its rich palaces, exquisite craftsmanship and sophisticated learning. Due to the centrality of the palace to imperial life, remains from the royal sites of Susa and Persepolis will provide a major focus, with objects grouped in themes within the palace context. Included will be sections on the expansion of the Persian Empire (including the Graeco-Persian Wars), arms and warfare, trade and commerce, writing, luxury dinner services, jewellery, religious and burial customs, and the rediscovery of Ancient Persia.

“Like walking through a museum with expert scholars giving live commentary; this book has all the perks one could ask for.” (Theo Philogue Blog 2009-05-19)

Book Description Paperback. Condition: Very Good. The book has been read, but is in excellent condition. Pages are intact and not marred by notes or highlighting. The spine remains undamaged. Seller Inventory # GOR003088876