Items related to Capital: A Critique of Political Economy vol. 2: The...

Karl Marx Capital: A Critique of Political Economy vol. 2: The Process of Circulation of Capital

Capital: A Critique of Political Economy vol. 2: The Process of Circulation of Capital 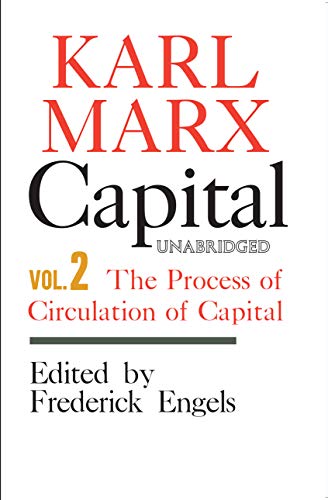 It was no easy task to prepare the second volume of "Capital" for the printer in such a way that it should make a connected and complete work and represent exclusively the idens of its author, not of its publisher. The great number of available manuscripts, and their fragmentary character, added to the difilculties of this task. At best one single manuscript (No.4) had been revised throughout and made ready for the printer. And while it treated its subject-matter fully, the greater part bad become obsolete through subsequent revision. The bulk of the material was not polished as to language, even if the subject-matter was for the greater part fully worked out. The language was that in which Marx used to make his outlines, that is to say his style was careless, full of colloquial, often rough and humorous, expressions and phrases, interspersed with English and French technical terms, or with whole sentences or pages of English. The thoughts were jott

1. Capital: A Critique of Political Economy vol. 2: The Process of Circulation of Capital