Items related to The Power of Six

Pittacus Lore The Power of Six

The Power of Six 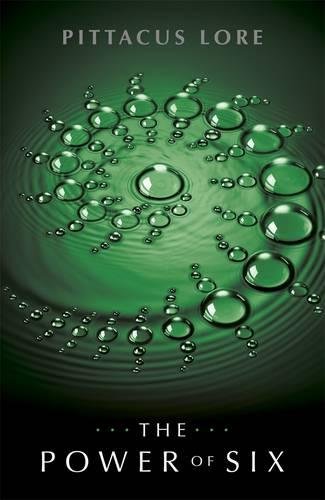 I've seen him on the news. Followed the stories about what happened in Ohio. John Smith, out there, on the run. To the world, he's a mystery. But to me . . . he's one of us.

Nine of us came here, but sometimes I wonder if time has changed us—if we all still believe in our mission. How can I know? There are six of us left. We're hiding, blending in, avoiding contact with one another . . . but our Legacies are developing, and soon we'll be equipped to fight. Is John Number Four, and is his appearance the sign I've been waiting for? And what about Number Five and Six? Could one of them be the raven-haired girl with the stormy eyes from my dreams? The girl with powers that are beyond anything I could ever imagine? The girl who may be strong enough to bring the six of us together?

They caught Number One in Malaysia.
Number Two in England.
And Number Three in Kenya.
They tried to catch Number Four in Ohio—and failed.

I am Number Seven. One of six still alive.

And I'm ready to fight.

Pittacus Lore is Lorien's ruling Elder. He has been on Earth preparing for the war that will decide Earth's fate. His whereabouts are unknown.

"The action is taut, the characters are fascinating, and the fact that the teens are slowly finding one another and learning about Lorien secrets is sure to yield an impressive all-out battle down the road. This series continues to head in interesting directions."--Bulletin of the Center for Children's Books

Book Description Paperback. Condition: Very Good. The book has been read, but is in excellent condition. Pages are intact and not marred by notes or highlighting. The spine remains undamaged. Seller Inventory # GOR003739366

Shipping: US$ 7.55
From United Kingdom to U.S.A.
Destination, rates & speeds

6. The Power of Six (The Lorien Legacies)

7. The Power of Six (The Lorien Legacies)