Items related to People and Places: Country House Donors and the National...

People and Places: Country House Donors and the National Trust 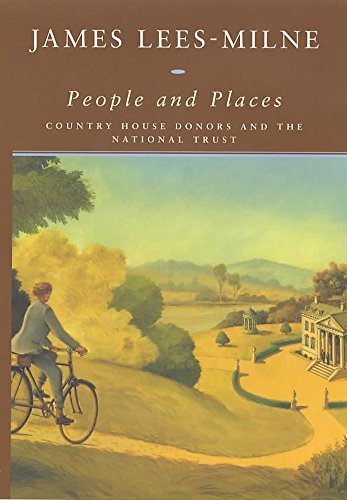 In 1936, James Lees-Milne became Country Houses secretary of the infant National Trust. Already fired with compassion for ancient architecture, 'so vulnerable and transient', he could now pursue what amounted to a vocation. His arrival increased the Trust's permanent staff to four, a close-knit community, somewhat cramped in a stuffy office facing a shunting yard in Victoria. The Trust at that time owned only two country houses, one ruined and the other empty, but changing conditions, accelerated by the War, now brought a stream of offers. James Lees-Milne's chief task was to visit, as ambassador and aesthetic assessor, would-be donors in their domains. So young a man arriving often on a bicycle must have astonished those patrician figures, who themselves might be survivors from the Victorian age. Nor was his task easy: it involved legal thickets, intricate family squabbles, dilemmas of artistic judgement, and owners who, in their fastnesses, might have grown very eccentric indeed. In this book James Lees-Milne describes fourteen houses, including Knole, Blickling, Stourhead and Cotehele. He brings the buildings, their owners and pasts brilliantly to life and tells the sometimes cliffhanging tales of their transfer to the Trust. Readers of the celebrated diaries will not be surprised by the wit and charm in these pages. But everyone, whether the author's devoted following or visitors to the Trust's great houses, will be enchanted by the extraordinary, amusing and touching picture they will find here of an England now lost.

James Lees-Milne wrote several histories and biographies as well as two other classic memoirs Another Self and Fourteen Friends, and eight volumes of diaries: Ancestral Voices, Prophesying Peace, Caves of Ice, Midway on the Waves, A Mingled Measure, Ancient as the Hills, Through Wood and Dale and (just published) Deep Romantic Chasm. He died in 1997.

1. People and Places: Country House Donors and the National Trust