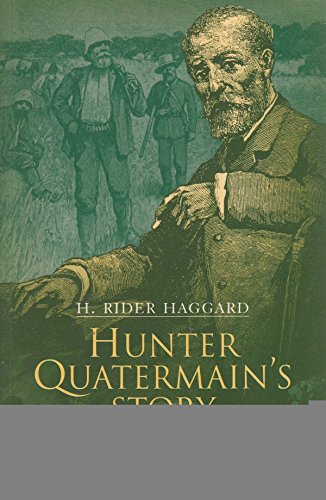 Over a century after the debut of the intrepid hunter explorer Allan Quatermain in King Solomon's Mines, he remains one of the great heroes of literature whose adventures have been adapted for cinema and television. This new anthology brings to light a novelette and four short stories which have never been collected in one volume. Introducing the tales with a detailed resume of the author's life and career, this compendium provides information about the inspiration and creation of Allan Quatermain. A chronology of the explorer's life linked to the novels and stories is also included.

H. Rider Haggard was one of the most celebrated adventure writers in history. He was the author of Allan Quatermain, Allan and the Ice Gods, and She.

3. HUNTER QUATERMAIN'S STORY: THE U