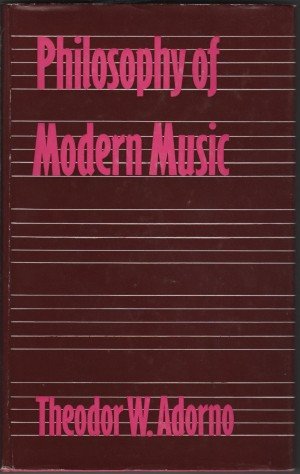 In this classic work, Adorno revolutionized music theory through an analysis of two composers he saw as polar opposites, Arnold Schoenberg and Igor Stravinsky. Philosophy of Modern Music presents a profound study of key musical works of the twentieth century. But it is more than this because, as always with Adorno, a wide range of social and cultural questions are brought to bear on the analysis. In many ways, Philosophy of Modern Music is a product of Adorno's exile in the United States, where he wrote the book while National Socialism fell apart in his European homeland.

Theodor W. Adorno (1903-69) was a founder and arguably the foremost thinker of the Frankfurt School. He worked with Max Horkheimer at the New York Institute for Social Research and later taught at the University of Frankfurt until his death in 1969. His work has proved enormously influential in sociology, philosophy and cultural theory.