A Victorian Naturalist: Beatrix Potter's Drawings from the Armitt Collection 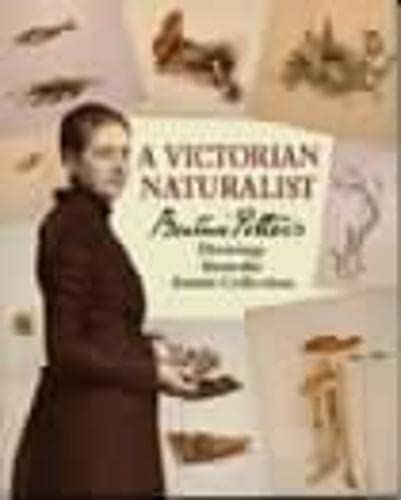 One of the most unusual collections of Beatrix Potter's art is held by a small trust in the English Lake District. Beatrix Potter became a member of the Armitt Library in Ambleside, Cumbria, shortly after her marriage in 1913. At this time she was already famous as the creator of Peter Rabbit, but the paintings she donated to the Armitt Library date from the period before she had begun to produce children's books and are on a very different subject. These studies of fossils, archaeological finds, mosses and lichens, microscope drawings and, most importantly, the exceptionally fine fungus paintings comprise a remarkable body of scientific illustration.
This book is introduced by Eileen Jay, Honorary President of the Armitt Trust, who describes how the Armitt Library was formed through the influence of a group of gifted and intellectual people and specifically through the achievements of the three talented Armitt sisters. Beatrix Potter strongly approved of the Armitt sisters' aims and ideals, particularly their views on the study of natural history and countryside conservation. The pictures she donated to the Library reflect their shared interests.
Few details had been known about Beatrix Potter's scientific work until the discovery by Dr. Mary Noble of a series of letters between Beatrix and Charles McIntosh, the celebrated Scottish naturalist. In this book Mary Noble has used the correspondence between the two to explain and annotate the paintings. The letters also reveal how Beatrix battled to have her work recognized by the authorities of the day. The humour and spirit with which the young Beatrix Potter 'took on' the male-dominated scientific establishment makes this a delightful story, told here in its entirety for the first time.
The book ends with an appraisal of the paintings themselves by Anne Hobbs, curator of the Beatrix Potter collection at the Victoria and Albert Museum. She demonstrates how, as in all Beatrix Potter's work, imagination inspired her scientific observation so that her botanical drawings are 'portraits with personality' and truly works of art.

2. A Victorian Naturalist: Beatrix Potter's Drawings from the Armitt Collection

3. A Victorian Naturalist: Beatrix Potter's Drawings from the Armitt Collection

6. A Victorian Naturalist: Beatrix Potter's Drawings from the Armitt Collection