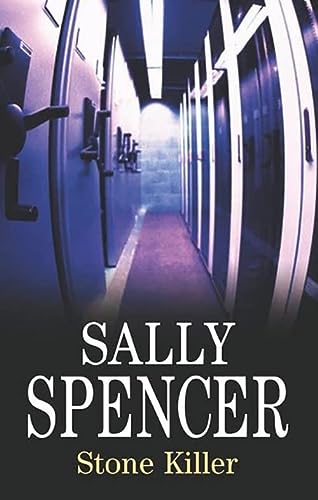 Prove my wife is innocent or the hostages die! Never before has DCI Woodend had to work under such terrible and terrifying pressure. He has just a few days, at the most, to find a flaw in the weighty evidence which led to Judith Maitland's conviction as a stone-cold killer ? a few days to produce the real murderer. But what if Judith really is guilty as charged? What if she did, in fact, brutally butcher her lover, Clive Burroughs, in his own office, as the facts seem to suggest? How can Woodend produce the evidence when there is none to find? As the hostage situation becomes tenser the hostage-takers increasingly nervous; the army itching to intervene at whatever the cost. Woodend realizes that unless he can find an improbable rabbit to pull out of the hat, the only way the siege will end is in carnage!

Spencer was born and brought up in Cheshier. She has been a teacher in England and Iran.

*Starred Review* DCI Woodend normally handles murders, so when his boss sends him to Cotton Credit Bank to handle a hostage situation, the constable is puzzled. Arriving on the scene, he learns that three masked men have taken several dozen bank customers hostage; that the police have sent in marksmen in case the situation escalates; and that the main hostage taker has requested Woodend as the only copper with whom he'll negotiate. Entering the bank, Woodend confronts the masked man, who informs him that the hostages will be released if Woodend proves the innocence of Judith Maitland, who has been jailed for 25 years after being convicted of killing her lover; if Woodend hasn't proved Judith's innocence in three days, the hostages will die. With no knowledge of the case and under intense pressure, Woodend, with trusted sidekick Monika Paniatowski, sifts through clues, searching for any evidence that could prove Maitland's innocence. Spencer continues to display her mastery of the British procedural, and this one, with its tense, twisted plot, surprising conclusion, and well-drawn characters, is one of her best yet. Emily Melton
Copyright © American Library Association. All rights reserved