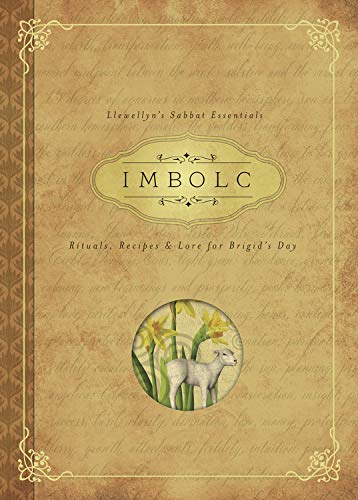 Imbolc―also known as Brigid's Day―is a time to awaken from our months of introspection and start making plans for the future. This guide to the history and modern celebration of Imbolc shows you how to perform rituals and magic to celebrate and work with the energy of the re-awakening earth.

Llewellyn's Sabbat Essentials explore the old and new ways of celebrating the seasonal rites that are the cornerstones of the witch's year.

Carl Neal has been a student of incense since 1977. In 1995 he became a professional incense maker and has avidly researched incense ever since. He eventually set aside his retail incense business and focused on bringing an expanded awareness of incense to everyone who would read or listen. Networking with incense makers and users from around the world has given him a very different view of incense.

He is a self-professed incense fanatic who has been lucky enough to learn from a variety of incense makers from North and South America, Asia, and Europe. He has traveled across America leading incense workshops and discussions. He has been a frequent guest at Pagan festivals and gatherings where he spreads his enthusiasm for incense with vigor.

A strong supporter of community, Carl loves teaching about incense at all sorts of community events. Carl holds bachelor degrees in History and Sociology. He currently lives in the beautiful Willamette Valley in Western Oregon.