Items related to One Good Turn 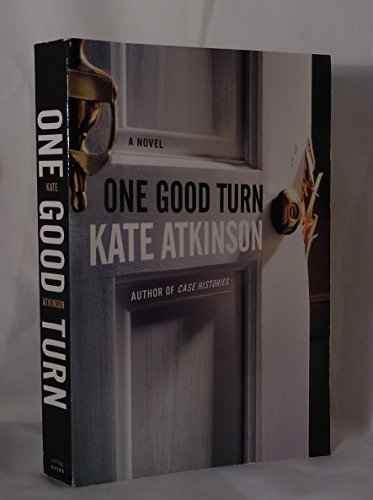 On a beautiful summer day, crowds lined up outside a theater witness a sudden act of extreme road rage: a tap on a fender triggers a nearly homicidal attack. Jackson Brodie, ex-cop, ex-private detective, new millionaire, is among the bystanders.The event thrusts Jackson into the orbit of the wife of an unscrupulous real estate tycoon, a washed-up comedian, a successful crime novelist, a mysterious Russian woman, and a female police detective. Each of them hiding a secret, each looking for love or money or redemption or escape, they all play a role in driving Jackson out of retirement and into the middle of several mysteries that intersect in one sinister scheme.Kate Atkinson "writes such fluid, sparkling prose that an ingenious plot almost seems too much to ask, but we get it anyway," writes Laura Miller for Salon. With a keen eye for the excesses of modern life, a warm understanding of the frailties of the human heart, and a genius for plots that turn and twist, Atkinson has written a novel that delights and surprises from the first page to the last.

Book Description Paperback. Condition: Good. Connecting readers with great books since 1972. Used books may not include companion materials, some shelf wear, may contain highlighting/notes, may not include cdrom or access codes. Customer service is our top priority!. Seller Inventory # S_313254557