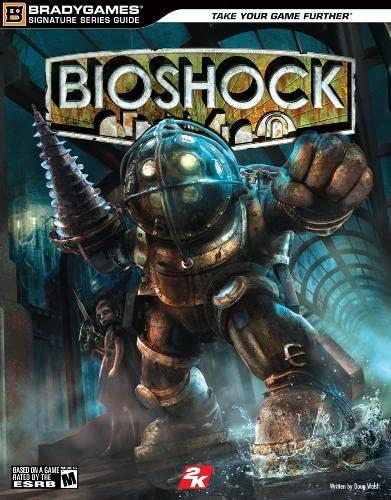 Can You Survive a Madman’s Utopia?

You are a cast-away in Rapture, an underwater Utopia that has been torn apart by civil war. Caught between powerful forces, and hunted down by genetically modified “splicers” and deadly security systems, you have to come to grips with a deadly, mysterious world filled with powerful technology and fascinating characters.

Horror is waiting around every corner; use this guide to survive unscathed. Learn how to fend off the Splicers, bring down the Big Daddies, and overcome the lunatics that populate the underwater metropolis of Rapture.

Discover the best route to each of your objectives and learn the location of every safe, secret, and enhancement that this strange world holds.

Uncover the secret powers of plasmids and unlock your genetic potential. With these genetic mutations you can shock, freeze, and incinerate enemies, use telekinesis to move objects, and enrage foes to make them fight against each other.

Use our guide to create valuable upgrades to all of your weapons.

An exclusive poster features art from the game and a full list of Xbox 360 achievements on the reverse.

This product is available for sale worldwide.

BradyGames, an imprint of DK and a division of Penguin Random House Inc., is the world’s leading publisher of strategy content for PC and console video games. BradyGames understands what gamers—both casual and hardcore—want and need from strategy guides. Every guide features in-depth content, detailed screen captures, quick-reference tips, and professional strategy. Prima Games is also a leader in the digital strategy realm, offering interactive maps, streaming video, searchable online guides and apps, and a full website at primagames.com.