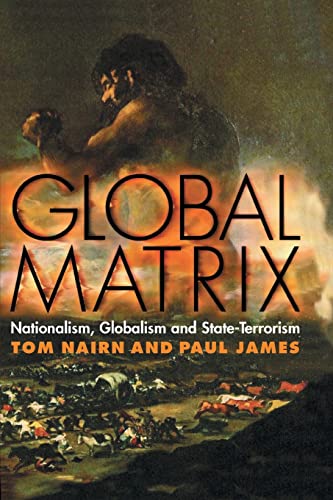 Globalization has brought with it many difficult and contradictory phenomena: violence, deep national insecurities, religious divisions and individual insecurities. This book takes a critical look at three key areas - globalism, nationalism, and state-terror - to confront common mythologies and identify the root causes of the problems we face. Too many commentators still argue that globalization is predominantly a neo-liberal economic phenomenon; that nation-states are on the way out, and that terror is something that primarily comes from below. Global Matrix exposes the limitations of this argument. The authors explore four main questions: -- What is the cultural-political nature of contemporary globalization? -- How adequate, particularly in the context of nation-states, is a politics of democratic nationalism? -- How are we to understand new and old nations in the context of changes across the late twentieth century and into the present? -- Where does national violence come from and what does it mean for a 'war on terror'? Written by two leading scholars, this is a lucid study of what place the nation-state has in a globalizing world that will appeal to students across the political and social sciences.

Tom Nairn is Professor of Nationalism and Cultural Diversity at the Royal Melbourne Institute of Technology in Australia. He is the author of The Break-Up of Britain (Verso 1977; 3rd edition, Common Ground 2003), After Britain (Granta, 2000) and Pariah (Verso, 2002). He writes regularly for newspapers and magazines including the Guardian, the Independent on Sunday, the New Statesman and the London Review of Books.

Book Description Condition: New. Brand New Original US Edition.We Ship to PO BOX Address also. EXPEDITED shipping option also available for faster delivery.This item may ship from the US or other locations in India depending on your location and availability. Seller Inventory # ABBUN-31190