Items related to Partitioning Palestine: Legal Fundamentalism in the... 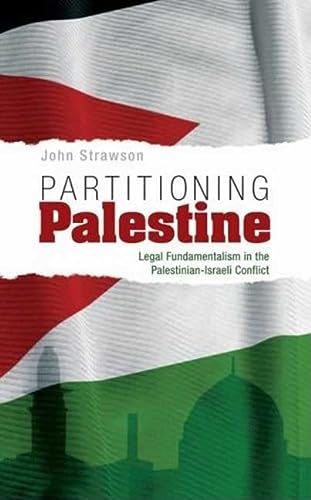 Law lies at the roots of the Palestinian-Israeli conflict. Jews sought a national home by “Public Law” while Palestinians reject the project as illegal. Britain, the League of Nations and the United Nations all mobilised international law to justify their interventions. After the 1967 war, Israel organised an occupation with excessive legalism that most of the world viewed, in fact, as illegal.

Partitioning Palestine focuses on three key moments in the Palestinian-Israeli conflict: the League of Nations Mandate, the United Nations partition plan and the Oslo agreements. None of these documents are neutral but, rather, encode a variety of meanings. The book traces the way in which these legal narratives have both shaped national identity and sharpened the conflict.

In this pioneering text, John Strawson argues that a committed attachment to the belief in legal justice has hampered the search for a settlement. Law, far from offering conflict resolution, has reinforced the trenches from which Palestinians and Israelis confront one another.

John Strawson is Reader in Law at the University of East London. He is the editor of Law After Ground Zero (2002).

In his highly original contribution to the Israel-Palestine problematic, John Strawson focuses on the three key legal texts of 1922, 1947 and 1993-99. He writes in the spirit of Edward Said, who emphasized the power of discursive images in texts. According to Strawson's critique, the international law of these texts has been turned into a magical substance to ensure that good triumphs over evil, as if in the world of Harry Potter. Strawson therefore wishes to break the spell of the past, in which each party has constantly refreshed its confidence in the legal justice of its case. He intends to irritate many Palestinians and Israelis, and their supporters. This fascinating and erudite analysis will without doubt succeed. -- Professor Bill Bowring, Birkbeck, University of London

Shipping: US$ 25.75
From United Kingdom to U.S.A.
Destination, rates & speeds