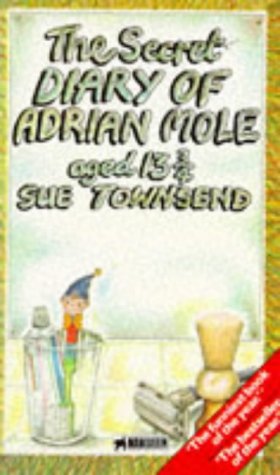 Adrian Mole's first love, Pandora, has left him; a neighbor, Mr. Lucas, appears to be seducing his mother (and what does that mean for his father?); the BBC refuses to publish his poetry; and his dog swallowed the tree off the Christmas cake. "Why" indeed.

Teen angst has never been such serious business--or this much fun! In his secret diary, British teen Adrian Mole excruciatingly details every morsel of his turbulent adolescence. Mixed in with daily reports about the zit sprouting on his chin are heartrending passages about his parents' chaotic marriage. Adrian sees all, and he has something to say about everything. Delightfully self-centered, Adrian is the sort of teen who could rule a much better world--if only his crazy relatives and classmates would get out of his way. The Secret Diary of Adrian Mole is a riot, and--although written more than 15 years ago--there is something deliciously timeless about Adrian's angst.