Items related to Colonel Blood: The Man Who Stole the Crown Jewels

Colonel Blood: The Man Who Stole the Crown Jewels 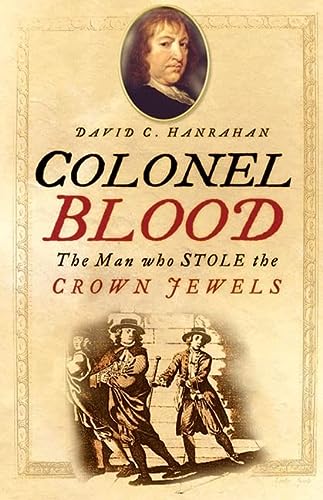 Thomas Blood (1618–1680) was a celebrity in his own lifetime, even though this celebrity was based on infamy. A turncoat, spy, and double agent, Blood is most notorious for being the only person to successfully steal Britain’s crown jewels. This intriguing study not only explores the rich seam of villainy inherent in Blood's rambling career, but also depicts in detail the effects of the English Civil War and the means by which the crown maintained power in the difficult early years of Charles II's reign by exploiting a prototypical intelligence network. From all of this Blood emerges as a complex, perhaps even a tortured figure. Was he simply a daredevil, or something altogether more driven, compelled to confront authority at every turn and live by his own standards, a permanent rebel and outsider?

1. Colonel Blood: The Man Who Stole the Crown Jewels

2. COLONEL BLOOD: THE MAN WHO STOLE

3. Colonel Blood: The Man Who Stole the Crown Jewels