Items related to The Other Ariel

Bundtzen, Lynda K. The Other Ariel 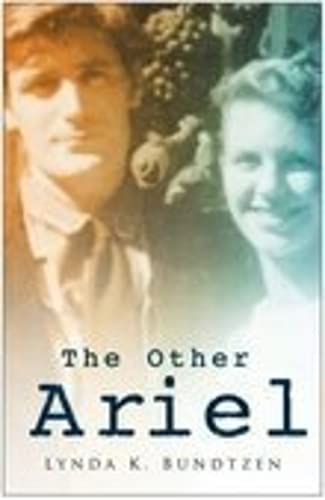 Sylvia Plath, who committed suicide in 1963 at age 30, is now widely regarded as one of America's greatest poets. Her second collection, "Ariel", which was issued posthumously in 1965, received superb reviews and became one of the best-selling books of poetry published in the 20th century. What is less well known about this celebrated volume is that the poems it contains are not the ones Plath herself selected when she assembled her manuscript. With great care and critical insight, Lynda K. Bundtzen examines Plath's original typescript for "Ariel" and compares it to the version that was published by her estranged husband, Ted Hughes. In his role as Plath's literary executor and "Ariel"'s editor, Hughes deleted 12 poems that he considered too "personally aggressive" in their attacks on him, while adding several others composed in the final weeks of Plath's life and coloured by her suicidal depression. Bundtzen argues that Plath's original plan represented a conscious response to her disintegrating marriage - the swearing off of an old life with Hughes and the creation of a new self as a woman and poet. She pays particular attention to a sequence of five poems about beekeeping which Plath originally intended as the book's conclusion and shows these poems to be simultaneously veiling and revealing the future that Plath both longed for and dreaded in a new life apart from Hughes. In a concluding chapter, Bundtzen demonstrates they ways in which Hughes's last collection of poetry, "Birthday Letters", extends the dialogue Plath initiated with him in her manuscripts for the "Ariel" poems. Bundtzen interprets Hughes's self-depiction as a grieving Orpheus who repeatedly looks back to address Plath both as the fading shadow of Eurydice and as a fellow poet of mourning.

An insightful study of the original, never published version of Sylvia Plath's famous book of poems.

Lynda K. Bundtzen is Herbert H. Lehman Professor of English at Williams College and author of 'Plath's Incarnations: Women and the Creative Process'.

Shipping: US$ 14.74
From United Kingdom to U.S.A.
Destination, rates & speeds