Items related to Rule Against Murder 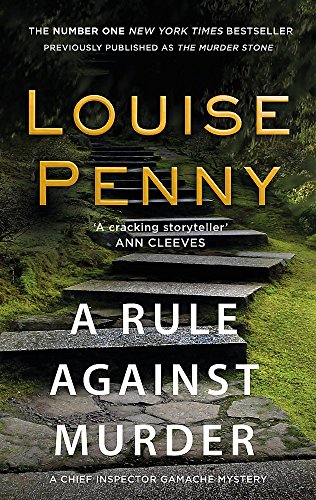 Previously published as The Murder Stone 'Impossible to put down' Globe and Mail It's the height of summer, and the wealthy Finney family have gathered at the Manoir Bellechasse to pay tribute to their late father. But as the temperature rises, old secrets and bitter rivalries begin to surface. When the heat wave boils over into a mighty storm, a dead body is left in its wake. Chief Inspector Gamache, a guest at the Bellechasse, finds himself with a building full of suspects. With the hotel locked down, the murderer is trapped. But a cornered predator is always the most dangerous of all... 'A cracking storyteller, who can create fascinating characters, a twisty plot and wonderful surprise endings' Ann Cleeves

About the Author:
Louise Penny is the Number One New York Times bestselling author of the Inspector Gamache series, including Still Life, which won the CWA John Creasey Dagger in 2006. Recipient of virtually every existing award for crime fiction, Louise was also granted The Order of Canada in 2014 and received an honorary doctorate of literature from Carleton University and the Ordre Nationale du Quebec in 2017. She lives in a small village south of Montreal.
Review:
Impossible to put down * Globe and Mail * Penny's elegant style is deeply satisfying, while Gamache is contemplative even when under pressure, and remains a man you want to spend time with * Metro * Full of twists and turns . . . Wonderfully satisfying * Kate Mosse on How the Light Gets In * Louise Penny's writing is intricate, beautiful and compelling. She is an original voice, a distillation of both PD James and Barbara Vine at their peaks and a worthy successor to both * Peter James *