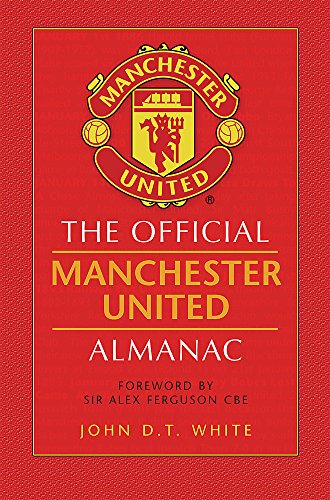 This official guide is sure to be a treat for soccer and Manchester United fans everywhere! The greatest moments in United’s history are brilliantly arranged by John White, the branch secretary of Ireland’s largest Official Manchester United Supporters’ Club. With its easy-to-follow, day-by-day format to guide them, fans can turn to the 29th of February and learn that in 1972, Martin Buchan became United’s then highest paid player when he joined from Aberdeen. White doesn’t miss a thing, and because of his painstakingly accurate research fans will have everything they’ve ever wanted to know at their fingertips. From the time the team fought off bankruptcy through to winning the Treble in 1999 it is all here in the fascinating account of the best and worst days for Manchester United.