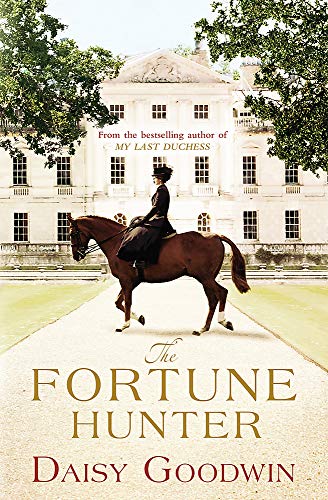 Empress Elizabeth of Austria, known as "Sisi," is the Princess Diana of nineteenth-century Europe. Famously beautiful, as captured in a portrait with diamond stars in her hair, she is unfulfilled in her marriage to the older Emperor Franz Joseph. Sisi has spent years evading the stifling formality of royal life on her private train or yacht or, whenever she can, on the back of a horse.Captain Bay Middleton is dashing, young, and the finest horseman in England. He is also impoverished, with no hope of buying the horse needed to win the Grand National--until he meets Charlotte Baird. A clever, plainspoken heiress whose money gives her a choice among suitors, Charlotte falls in love with Bay, the first man to really notice her, for his vulnerability as well as his glamour. When Sisi joins the legendary hunt organized by Earl Spencer in England, Bay is asked to guide her on the treacherous course. Their shared passion for riding leads to an infatuation that threatens the growing bond between Bay and Charlotte, and all of their futures."The Fortune Hunter, "the brilliant new novel by Daisy Goodwin, is a lush, irresistible story of the public lives and private longings of grand historical figures.

DAISY GOODWIN, a Harkness scholar who attended Columbia University's film school after earning a degree in history at Cambridge University, is a leading television producer in the U.K. Her poetry anthologies, including "101 Poems That Could Save Your Life, "have introduced many new readers to the pleasures of poetry, and she was Chair of the judging panel of the 2010 Orange Prize for Fiction. She and her husband, an ABC TV executive, have two daughters and live in London. "The American Heiress "is her first novel.

“Finely drawn characters and intriguing plot lines. . . Although readers who enjoyed The American Heiress will be first in line to savor Goodwin's new novel, they will be followed quickly by others who appreciate engaging and thoughtful historical fiction.” ―Library Journal, starred review

“Goodwin manages to take the reader deep inside the characters' longings and flaws in a way that makes the reader root for them. An enchanting, beautifully written page-turner.” ―Publishers Weekly

“Goodwin's second novel is a luxurious indulgences....Goodwin writes with effortless grace, and her dialogue's subtle wit is delightful. Each of her three protagonists commands attention and sympathy, which heightens the story's poignancy. Charlotte's levelheaded personality remains unaffected by her wealth or her relatives' dependence on it, and Bay is movingly torn between duty and his sense of self-worth. Finally, despite her outlandish regimen for maintaining her complexion and ankle-length chestnut tresses, Elizabeth is never less than beguiling.” ―Booklist

“With its witty dialogue, intriguing research and cameo appearances by Queen Victoria and other royals, Goodwin's latest is a pleasurable excursion into Downton-land complete with high-society weddings, lavish balls and an exciting, all-or-nothing horse-racing finale.” ―Kirkus Reviews

“Daisy Goodwin has triumphed again. In The Fortune Hunter she weaves a rich and textured tale of desire and ambition. Sizzling with energy and passion on every page, Goodwin's characters compel the reader to fall in love with them.” ―Amanda Foreman, author of the New York Times bestsellers Georgiana and A World on Fire

“Anyone suffering Downton Abbey withdrawal symptoms will find an instant tonic in Goodwin's deliciously evocative novel.” ―Allison Pearson, author of New York Times bestseller I Don't Know How She Does It, on THE AMERICAN HEIRESS

“Top-notch writing brings to life the world of wealth on both sides of the Atlantic. This debut's strong character development and sense of place will please fans of historical romance, including book club members.” ―Library Journal, starred review on THE AMERICAN HEIRESS

Book Description Paperback. Condition: Used; Good. Dispatched, from the UK, within 48 hours of ordering. This book is in good condition but will show signs of previous ownership. Please expect some creasing to the spine and/or minor damage to the cover. Damaged cover. The cover of is slightly damaged for instance a torn or bent corner. Seller Inventory # CHL6549648

Shipping: US$ 5.51
From United Kingdom to U.S.A.
Destination, rates & speeds

Book Description Paperback. Condition: Used; Acceptable. Dispatched, from the UK, within 48 hours of ordering. The book is perfectly readable and fit for use, although it shows signs of previous ownership. The spine is likely creased and the cover scuffed or slightly torn. Textbooks will typically have an amount of underlining and/or highlighting, as well as notes. If this book is over 5 years old, then please expect the pages to be yellowing or to have age spots. Grubby book may have mild dirt or some staining, mostly on the edges of pages. Seller Inventory # CHL6712766

Shipping: US$ 5.51
From United Kingdom to U.S.A.
Destination, rates & speeds

Book Description Paperback. Condition: Very Good. All orders are dispatched the following working day from our UK warehouse. Established in 2004, we have over 500,000 books in stock. No quibble refund if not completely satisfied. Seller Inventory # mon0005235047

Shipping: US$ 8.32
From United Kingdom to U.S.A.
Destination, rates & speeds

Book Description Paperback. Condition: As New. No Jacket. Pages are clean and are not marred by notes or folds of any kind. ~ ThriftBooks: Read More, Spend Less. Seller Inventory # G0755348109I2N00

Book Description Paperback. Condition: As New. No Jacket. Pages are clean and are not marred by notes or folds of any kind. ~ ThriftBooks: Read More, Spend Less. Seller Inventory # G0755348109I2N00

Book Description Paperback. Condition: Good. The book has been read but remains in clean condition. All pages are intact and the cover is intact. Some minor wear to the spine. Seller Inventory # GOR005850069

Shipping: US$ 7.22
From United Kingdom to U.S.A.
Destination, rates & speeds

Book Description Paperback. Condition: Fair. The Fortune Hunter: A Richard & Judy Pick This book is in fair condition and will be shipped within 24 hours of ordering. The cover may have some limited signs of wear but the pages are clean, intact and the spine remains undamaged. This book has clearly been well maintained and looked after thus far. Money back guarantee if you are not satisfied. See all our books here, order more than 1 book and get discounted shipping. Seller Inventory # TFTP-9780755348107

Shipping: US$ 9.69
From United Kingdom to U.S.A.
Destination, rates & speeds